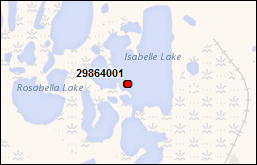 In situ air sparging remedial system has been designed and tested for the site. System was installed in Spring 2009, but the site was not fully remediated by the end of the season. Reinstall system in 2010 and continue running the system until remediation is complete. Reinstall system in 2011 and continue running the system until remediation is complete. In 2012, documentation & sample results from 1995-2012 were reviewed & groundwater wells were sampled. Groundwater monitoring conducted 2012-2013 & 2013-2014. NCSCS classification in 2012-2013 indicated INS - Insufficient Information. 2013-2014 attempt to delineate extent of impacted soil and groundwater awaiting draft report and recommendations for further work, including whether or not to include re-installing air sparging system. No work conducted in 2014- 2015. The action plan, at a minimum, is to continue monitoring. 2015-2016 A supplimental Phase 3 ESA and groundwater monitoring program conducted to attempt closure of impacted soil plume, impacted sediment plume, and impacted groundwater. A remedial options evaluation has been undertaken. Reccomendation is to reassess wells and shallow soil sediment samples in 2017 and 2020. 2016-2017. The Consultant recommended that the future action plan should be monitored natural attenuation with sampling in 2017 and 2020 for a total cost of $22,500 in 2017 and $29,950 in 2020 plus PWGSC fees. No activity was conducted at the site in FY 19/20 and no expenditure was undertaken.