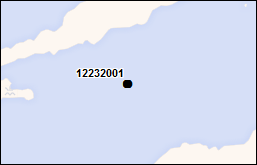 A total of 1,501 cubic metres of petroleum hydrocarbon impacted soil was identified at both the site of the former (1,008 cubic metres plume) and current nursing station (493 cubic metres plume). Areas contaminated included the vicinity of the aboveground storage tanks at the former nursing station, the termination point of the underground fuel distribution line southeast of this tank, the bulk fuel storage tank, and the area between the residence and garage. Contaminated soil has been excavated and will be treated in a landfarm.