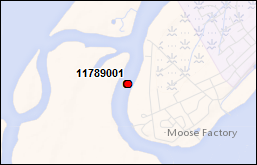 41,000 tonnes (7,000 cubic metres) of soil and 15,000 metres squared of groundwater had been contaminated with petroleum hydrocarbons. Three large plumes covering an area from the maintenance building along the Southwest, the aboveground storage tank farm along the Northwest, extending to the Northeast corner of the tank farm, and Southwest between the Ambulance garage, Water Treatment Plant and Water Utility Plant were remediated. 8,000 cubic metres of soil was excavated and transported to a landfarm for treatment.

Site was transferred in FCSI to Indigenous Services Canada from Health Canada First Nations and Inuit Health Branch in 2019. Status at the time of transfer was Closed.