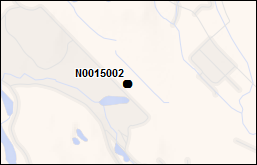 2016/2017 - Work at site is complete. 2015/16 - Transport Canada has developed an agreement with the Government of Nunavut under the Arctic A Airport Transfer agreement so that the GN will complete the remediation of this site on behalf of the department, and TC will in turn, reimburse the GN for costs incurred.

Remediation has been completed.