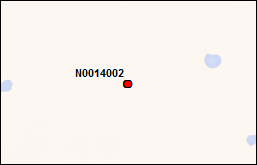 2018/19 - The LTF soil was tilled and collected sump water was sprayed over the soil pile. The LTF was assessed for current condition and any portions that may be in need of repair. Any future work on LTF is pending the development of work plan for LTF's with known PFAS contamination. Path forward will be established based on national program and recommendations. 2017/18 - The groundwater monitoring wells were decommissioned, the LTF soil was tilled and water from the sump was sprayed over the LTF. Berm condition was acceptable. 2016/17: Repaired berm on Land Treatment Unit (LTU) and lowered water level in LTU by pumping and spraying water from the east side to the west side of the pile. 2015/16: Aerated, turned and tilled soil within the LTU. Added fertilizer and conducted site soil sampling. Other works involved sump area water samples, redistribution of collected water from sump onto soil pile, and assessment of sump berm for possible repairs.