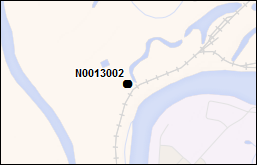 The area around the monitoring well called Hay-07 was remediated in 2001/02. Contaminated soil was excavated and placed in the LTU built on site in 2000.

In July of 1995, two underground storage tanks were removed. Former reports indicated groundwater contamination. All contamination was removed in 2001.