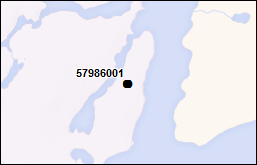 1,393 cubic metres of hydrocarbon impacted soil (933 cubic metres beneath buildings) was identified in four areas: at the bulk fuel storage compound (30 metres west of the nursing station), beneath the nursing station, and at the day tank fill intakes at the residence and the garage. Remediation was completed in 2004. The excavated soil is being treated on a landfarm.