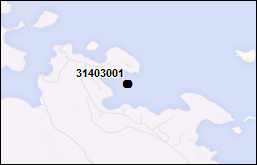 1,200 cubic metres of petroleum hydrocarbon contaminated soil detected at the site of the old nursing station. Impacted soil was excavated and removed for treatment in 2008. Soil is being treated in a landfarm.