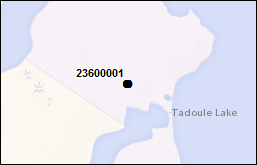 In 2005, heavy fuel stains were reported in the vicinity of the new aboveground storage tanks. An environmental site assessment (ESA) was deemed necessary to determine the extent of the contamination. Previously localized soil contamination (100 m3) in the vicinity of the aboveground storage tanks located at the Nursing Station was remediated in 2001 by Health Canada. A Phase II/III ESA was conducted in 2007/08. The ESA identified petroleum hydrocarbon contamination in four areas. Excavation was recommended for Area 4. Subsurface investigation was recommended for the other 3 areas to determine the best approach to remediation.