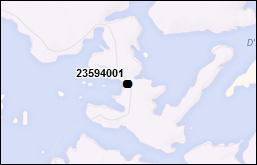 A fuel spill in winter 2000 at the Nurses Residence was remediated in May and June of 2001. In the fall of 2001, 2100 cubic metres of soil was identified in the vicinity of the tank farm. Extensive remediation and decommissioning of the fuel storage system was completed in 2004. Site remediated.