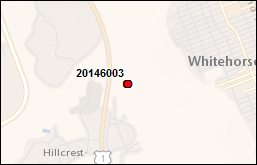 2018/19 - Data gap analysis was conducted on a portion of the APEC and data would be used to update the Risk Assessment of the North Arpon area. 2017/18 - Delineation bore holes were drilled and soil samples were taken along an area adjacent to the sanitary sewer line that intersects the APEC. Soil contaminant levels above standard were reported and consideration was given to either risk management or future remedial work to the area adjacent to the sewer line. 2015/16 - Remediation of AEC 6/North Apron continued in 2015; approx. 4,728 m3 of contaminated soil was excavated and transported to the Land Treatment Facility (LTF).