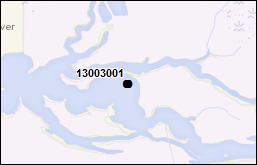 A 1999 site investigation identified approximately 200 cubic metres of hydrocarbon impacted soil at the former tank farm at the northeast corner of the former nursing station. In 2002, 225 cubic metres of soil was excavated and removed to a nearby landfarm for disposal and treatment. Site remediated.