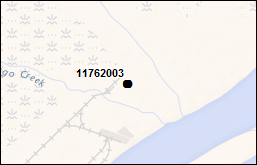 Soils impacted with petroleum hydrocarbons within the vicinity of two aboveground storage tanks, leaking waste oil drums and an area of abandoned vehicles. Residual contamination left under a building.