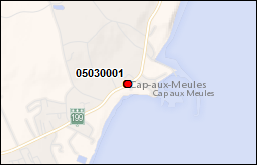 The goverment does not acknowledge its responsibility for groundwater contamination. The neighbour must proceed to remediation before closing the site. In 2016-2017, a letter was signed by the municipality in which they confirmed that they will inform PSPC when their site is remediate. A confirmatory sampling could be planned following remediation.