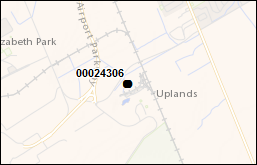 No further action required. A Phase I and II Environmental Site Assessment (ESA) (historical review and initial testing) was completed in 2009 and 2010. Remediation work was carried out in 2011, including soil excavation and on site treatment (landfarm). Confirmatory sampling determined that treated soils were suitable for use and reinstatement of the site. No risks were anticipated and no further work was recommended, and as such the site file was closed. The site will continue to be used for research.