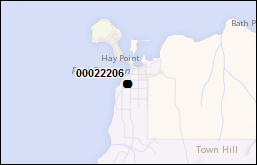 In 2004, petroleum hydrocarbon contamination was identified in the nursing station crawlspace as a result of a diesel fuel spill of unknown quantity from two aboveground storage tanks. An environmental site assessment undertaken in February 2007 estimated that contamination was limited to the area of the concrete crawlspace and the furnace room. Fuel was leaking from pipes and joints in the crawlspace. An additional environmental site assessment was undertaken to confirm the extent of contamination. It confirmed the results and remediation was completed in the concrete crawlspace and furnace room and consisted of the removal of absorbent materials used to contain the spilled fuel. The fuel tanks and the associated piping that were leaking has been removed. No further diesel fuel remains on site at Health Canada's facilities. Site remediated.