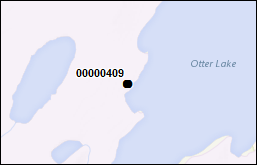 During an environmental site assessment in 2005, an estimated 432 cubic metres of soil contaminated with petroleum hydrocarbons was identified at the site of the former nursing station. The soil was excavated and transported to a landfarm for treatment. Site remediated.